What happens when you combine empire management, card-game elements, tactical combat, and blood-sucking vampires? You get Immortal Realms: Vampire Wars, that's what.

The title recently launched on Xbox One as part of the Game Preview program, and thus we're taking this in-development tactics game out for a spin to see if it has enough bite ahead of its planned arrival on PC, PS4, and Switch.

To see it in action for yourselves, simply head over to our GR Live page at 3pm GMT / 4pm CET and watch on as Kieran sinks his teeth into this sinister strategy game for the first time.

Pre-ordering Palindrome Interactive's vampire strategy game grants you early access to the game on PC and Xbox One.

Vampires and tactics come together in this new strategy game from Palindrome Interactive. 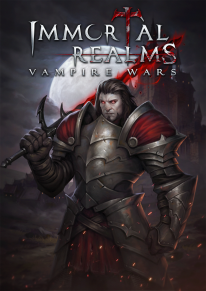