Ubisoft is a company that has been pioneering a lot of new platforms and technologies in recent times, quick to jump on new platforms and tech like VR and motion controls. An area few video game companies explore is escape rooms, but Ubisoft has put together a co-op VR escape room experience based on Assassin's Creed Origins called Escape the Lost Pyramid.

We talked to Cyril Voiron, executive producer on Ubisoft's escape room games to learn more about the first one that is already out there, and he also mentioned an escape room game based on Assassin's Creed Odyssey's Ancient Greece called Beyond Medusa's Gate is also coming to be followed by an as of yet unrevealed non-Assassin's Creed title.

For more on Ubisoft's VR escape room titles and where to find them, head over to the official website.

Assassin's Creed Origins - The Curse of the Pharaohs

"We kind of wished there had been some puzzle tombs in there, even if what we got instead was excellent."

"It's a nice continuation of the story that will appeal to those who felt like there wasn't enough focus on the origins of the brotherhood in the main game."

Are you ready to go on a trip to ancient Egypt with Bayek without having to pay up? Assassin's Creed Origins is free this weekend.

We talk to Ubisoft about the Assassin's Creed escape room

We caught up with executive producer Cyril Voiron to learn more about the co-op VR escape room experience Escape the Lost Pyramid.

Enter an Animus and Escape the Lost Pyramid.

Assassin's Creed Origins, The Evil Within 2, Call of Duty: WWII and more.

Check out the launch trailer for The Curse of the Pharaohs

You can save up to 80% on Assassin's Creed, South Park and Ghost Recon among others. 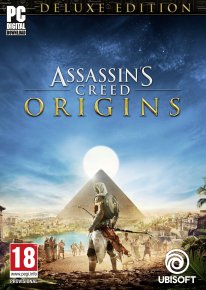