During E3 we caught up with Soedesco's Marten Buijsse and found out a bit more about Aerea. Here's how the game was described to us during our short interview:

"Aerea is a music-themed action-RPG actually. So everything in the world has a music theme to it. Every character uses a weapon that's inspired by an instrument, for instance. It's also available in couch co-op so you can play with your friends in old school couch co-op."

Speaking of weapons inspired by instruments, you'll have to pardon the pub, but we like the sound of the trumpet gunner and the harp archer.

We heard about musically-themed RPG Aerea at E3 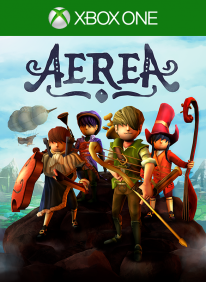