We caught up with Drinkbox Studios' concept lead Augusto Quijano at the MIX during GDC to talk about their next game the PS Vita exclusive (for now at least) Severed that's "kind of like a dungeon crawler, but with touch screen controls".

"It has a bit of exploration, a bit of RPG elements, but it is essentially a dungeon crawler and you can rotate the battles so it's like a 360 sort of battle with multiple enemies."

"We like really colourful palettes and in general just a richness of colour and definitely Severed has that," says Quijano of the design philosophy. "But Severed is a bit of a darker tone than the Blobs and Guacamelee is more campy. This one the themes are darker than that, but the presentation isn't necessarily off-putting. You still feel like it's still in a Drinkbox sort of universe."

When asked if it was an outright PS Vita exclusive or whether further platforms may be added Quijano was a bit unsure. So for now (at least) Severed is only heading to PS Vita.

"While Severed may not be the sort of game that's worth cutting off an arm or a leg over, it certainly scratched our dungeon delving itch in a new and rather unique way."

Severed is now available on the Switch eShop

It has been out on other platforms since last year.

We talk to DrinkBox about Severed on new platforms

Coming to iOS, 3DS and Wii U this summer, PSVR and Move support on PS4 is possible.

Drinkbox: "People that own a Vita just love it"

Severed is likely one of the last exclusives to hit the platform.

A colourful new experience from the creators of Guacamelee.

We chat to Drinkbox Studios about Severed

The next game from the Guacamelee developers is heading to PS Vita. 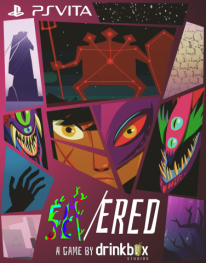