The Morrowind expansion for The Elder Scrolls Online has been officially released as of yesterday, and players are now able to return to Vvardenfell, the continent from the fan-favourite Elder Scrolls III: Morrowind.

In addition to the new area the expansion comes with the new Warden class, who has the ability to control animals, vegetation, and natural elements such as wind. There's also a new quest line that could consume up to 30 hours of your time, and a new PvP mode called Battlegrounds. Morrowind welcomes players of all levels too, as the (fairly) new system scales the enemies to fit your skill.

The Elder Scrolls Online: Morrowind is priced at £29.99 and is available for all platforms, so check out the launch trailer below if you're interested, as well as our review. What do you want to see from future ESO expansions?

"Returning to mushroom-covered planes and molten ruins of Vvardenfell was largely a joy."

We check out the opening of the new MMO expansion.

You can return to Vvardenfell right now.

And the assassins that go with them.

Play ESO: Morrowind on May 22 with Collector's Edition

It's available for PC and Mac users. 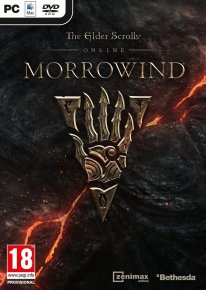