One Piece: Burning Blood - the new fighting game developed by Spike Chunsoft and based on the famous anime/manga by Eiichirō Oda - will officially debut next month. The game seems particularly rich, since it includes more than 40 characters, each characterised by a unique move set. The studio has released new trailers dedicated to Luffy, Nami, Chopper, Zoro, Sanji and Usopp (you can see them below), in order to provide an overview on some of the characters that players can use in the game.

One Piece: Burning Blood will be officially available from June 3 on PlayStation 4, Xbox One and PS Vita, while the PC version also will come in June, although Bandai Namco hasn't announced the official date yet. In the coming weeks, a demo is also expected to be launched, although at the moment a release date hasn't been announced. You can read our impressions of the game over here. 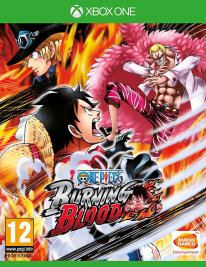