Ubisoft has surprisingly announced that it will be bringing a new zombie mode to Watch Dogs: Legion later today, alongside update 4.5. The mode is expected to bring a four-player roguelite experience that fills the streets of London with the undead, where players are asked to gundown hordes of zombies whilst extracting a package.

The mode was first reported on by IGN, who revealed that it is called Legion of the Dead. The mode is also said to be getting frequent updates that will see the experience tailored thanks to community feedback.

"The design strategy on Watch Dogs: Legion of the Dead was to expand on existing systems and flip them on its head - like creating a rogue-lite approach with Watch Dogs: Legion's unique gadgets," said Watch Dogs: Legion Online director Jean-Pascal Cambiotti to IGN. "We want to keep an open line of communication with the community and see where they want to take the game mode next."

The exact launch time for update 4.5, which is bringing Legion of the Dead has not been revealed, but is planned for sometime today.

Legion of the Dead will be launching alongside update 4.5.

And the roadmap saw a few changes.

A 60FPS performance mode is arriving within Watch Dogs: Legion's next update

It's one of the game's most requested features.

The team is busy working on "some issues" that needed addressing.

Watch Dogs: Legion is free to play this weekend

Tactical Ops are only available in the full version of the game, however. 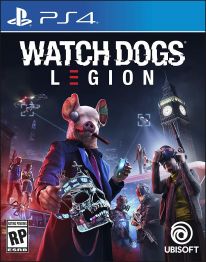