As we mentioned last week, we're already reviewing Assassin's Creed Valhalla on the Xbox Series X, which runs at 4K and glorious 60 frames per second. Now, we can also show you the first 30 minutes of this epic adventure. Follow a small Eivor, and find out what will motivate him during this first introductory arc to the narrative, but first, allow us to provide a small disclaimer of sorts.

The video was captured at 1080p/60 frames per second and was played without the massive launch update, which according to Ubisoft, will fix several problems and improve performance. That said, go forth oh mighty Viking!

Ireland is using Assassin's Creed Valhalla in its tourism campaign

If you can't visit in person, why not take a trip to 9th century Ireland instead.

It also added some new skills and a new game mode.

Eivor is still planning to siege Paris this summer

Come and watch as we explore Assassin's Creed Valhalla's first expansion, Wrath of the Druids.

Is Eivor heading to the fiery realm of Muspelheim in potential third Assassin's Creed Valhalla DLC?

There has been no official word from Ubisoft on the matter. 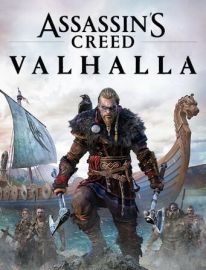