Inxile hasn't forgotten about their master piece from last year, Wasteland 3, and is continuing to enhance it. Now the fairly massive patch 1.3.0 (named 'Robots & Rangers') has been released and with this comes both bug fixes, enhancements and new content.

The most important addition is the new difficulty mode called Tourist, which is easier than Rookie. Wastleand 3 is a pretty challenging game, so it makes sense to help people get into the fun and enjoy the story. There has also been new outfits added, new haircuts and other things as well.

You can find the complete patch notes over here, but we've included the highlights for your convenience below.

• New cosmetics! - New Hair, Beards, and Pants have been added to character creation.

• The Handmade Wizard and Knight costumes will let you roleplay all your Robots & Rangers fantasies. Anyone already past the Cornered Rats mission (Garden of the Gods) will receive them automatically, while anyone progressing through the quests will want to head back to Ranger HQ to claim the care package outside the front gate. Equip the costumes at the wardrobe in Ranger HQ or the clothing shop in Downtown Colorado Springs ... and attack the darkness!

• Intelligence now gives +1 skill point for every point of Intelligence spent, up from +1 every other point. This change applies retroactively to existing save games.

• The Book Learnin' and Answering Machine achievements are now achievable.

Note: The missing Book Learnin' note becomes available after passing a Leadership skill check when first meeting the Patriarch and then speaking to Magistrate Silas Watkins in Downtown Colorado Springs.

• Resolved an animation stutter that appeared as a framerate drop while moving, and was particularly noticeable on the PlayStation 4.

• More actions are now able to be bound to keyboard and mouse, most notably camera panning. The game will also unmap double-bound keys to prevent input conflicts, and warn you about missing keybinds before you leave the menu. 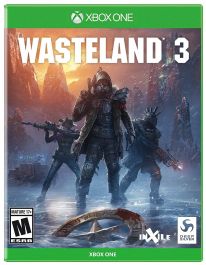