The last few years have been fertile in stories and scandals about Youtubers and publishers not being completely honest regarding paid promotional campaigns, something the Federal Trade Commision (FTC) is trying to change. The most recent target for the commission was Warner Bros., who apparently was not completely transparent about an advertising campaign for Middle-Earth: Shadow of Mordor.

As reported by Recode, Warner's ad agency (Plaid Social Labs) hired Youtubers to promote Shadow of Mordor on their channels and social media. PewDiePie was one of the Youtubers Warner hired, although the Swedish megastar did disclose it was sponsored content if you clicked on the full description. In fact, the contract with all Youtubers or influencers if you will stated that disclosure was mandatory, although not specifically in a way evident to viewers (you would basically need to look for it).

Jessica Rich, director of the FTC's Bureau of Consumer Protection, reminded Warner that "Consumers have the right to know if reviewers are providing their own opinions or paid sales pitches. Companies like Warner Brothers need to be straight with consumers in their online ad campaigns".

The agency let Warner off with a warning this time, but make it clear that further engagement in deceptive marketing practices can lead to civil penalties or charges in federal court. 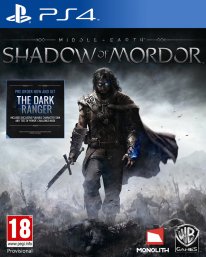