If you still enjoy slaying Skaven in Fatshark's co-operative action-gem Warhammer: Vermintide 2, then perhaps you should check out today's news. The character Bardin Gorekkson has now gotten an extra career to choose from, this one being Outcast Engineer.

It is a Premium Career, which means it'll cost you money, but fortunately, it looks like good fun. This is a ranged class that uses the ultimate ability in a new way. Instead of charging a meter and unleashing whatever it is you are playing, this chap has a gatling gun that uses the very same meter as ammunition.

There are also two new weapons for Gorekkson being added, and those are the Cog Hammer and the Masterwork Pistol. He can also carry three grenades in his utility belt, so he will be more than capable of spreading death everywhere on the map.

This is the second Premium Career for Warhammer: Vermintide 2, after Markus Kruber's Grail Knight class. Check out the first images below.

"It's a near-perfect sequel. Fatshark has improved the recipe in almost every way."

Bardin Gorekkson has received a gatling gun, a Cog Hammer and a Masterwork Pistol, making him a ranged monster.

Vermintide 2 gets Winds of Magic DLC on Xbox One

The big expansion for Warhammer: Vermintide 2 is now available on Xbox One, and the base game is on sale too.

New PvP Versus mode is coming to Warhammer: Vermintide 2

Sign-ups for the beta are open now after Fatshark unveiled the new multiplayer mode coming to the previously cooperative fantasy adventure.

"Something new" in Vermintide 2 universe coming at E3

Fatshark will be a part of the PC Gaming Show on June 10, where an announcement will be taking place.

We spoke to Fatshark's Mats Andersson about the upcoming Warhammer Vermintide 2 expansion called Winds of Magic. 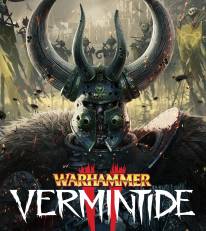