The Diablo franchise announced its third installment at this year's Blizzard Worldwide Invitational a couple of months back, and so we caught Lead Designer Jay Wilson for a thorough chat about the evolution of the epic RPG! From the Blizz-booth at the Games Convention we get to hear about design choices, gameplay mechanics as well as an explanation for the new color scheme! 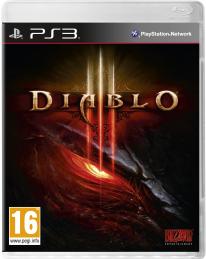 GRTV News - Overwatch 2 and Diablo IV not releasing in 2021