Homefront: The Revolution is finally upon us and, after a troubled development period, the game has finally released on PC, PS4 and Xbox One. The North Koreans are unsurprisingly at it again. They've taken over most of the United States, so it's time to fight for liberty in the ruins of Philadelphia. 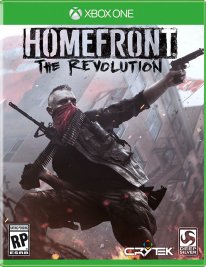 Call of Duty: Black Ops 4 - The Replacer Did It Trailer