Publisher Focus Home Interactive has announced that Dontnod's action-RPG Vampyr is getting a content update later this summer for PC, PS4, and Xbox One.

The update includes two new game modes which "add further replayability for existing players and more options for those who haven't yet sunk their teeth into this dark adventure". According to the press release, there's a Story mode that de-emphasises combat and a Hard mode will be more challenging.

Vampyr is currently enjoying a 25% discount as part of the PlayStation Store Summer Sale as well as on Steam. Gamereactor's review can be found here. 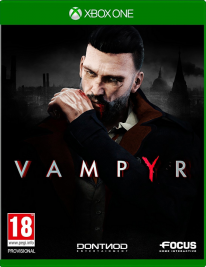