Xbox Game Pass subscribers already got Fallout 4 and several other games this month, but now another six games have been revealed, most of which are landing before the month is out.

On March 21 (tomorrow) we're getting Deus Ex: Mankind Divided and What Remains of Edith Finch, both of which should give you some story-driven action to sink your teeth into. Speaking of which, Vampyr is also coming on March 28, alongside The Walking Dead: Michonne. A day later Operencia: The Stolen Sun is landing, with Marvel vs. Capcom Infinite completing the list on April 1.

Game Pass has plenty of big titles included these days, and with the list expanding all the time, now is as good a time as ever to sign up and try some of these titles out.

Do you think it's worth the price? 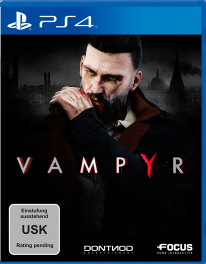