The upcoming sequel to the 2004 cult classic Vampire: The Masquerade - Bloodlines has been long-awaited indeed. When the sequel, fittingly titled Vampire: The Masquerade - Bloodlines 2, was announced, it had RPG fans and nostalgia seekers alike excited, but it seems like we'll all have to wait a bit longer. In a recent statement put up on the game's official site, Andy Kipling and Brian Mitsoda announced that the game has been delayed to a later date in 2020.

Before tears are shed over having to wait a bit longer, we urge you to remember the state of the original game back when it launched - something Mitsoda and Kipling mention in the statement:

"There's the responsibility to avoid some of the issues that plagued the first game, which was famously launched too early. Over the last few months, it became clear that to stick to our original date would risk repeating that mistake. We won't do that. In the end, everyone working on this game wants to offer you the best Bloodlines 2 we can".

The studio simply needs more time to give fans, old and new, the experience they expect.

"For the last three and a half years, we've worked hard to bring you a worthy successor to Bloodlines 1. To us, that meant not only making good on the ambitions of this remarkable game, but also a duty to ensure we would not repeat its mistakes. Today, we have to tell you that we need some more time to get you the game you've been waiting for. Although Vampire: The Masquerade - Bloodlines 2 will still launch in 2020, we have decided to value quality over making the Q1 launch window". 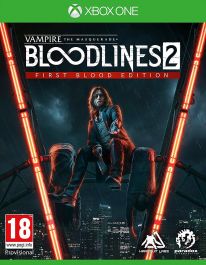