Milestone is set to release MotoGP 20 on April 23 of this year, which will let the players experience their career on a motorbike closer to the real world championship events. A fun fact for you: a few Grand Prix races have been delayed due to the ongoing coronavirus outbreak and that means that they will play the game before the season premieres, perhaps in May.

So, what to expect? The Italian developer just published the first gameplay video for MotoGP 20. This is Valentino Rossi riding his Yamaha YZR-M1 on a sunny day on the Florentine circuit of Mugello. This time, Milestone has put a big effort on adding strategic and realistic gameplay, with fuel management, asymmetrical tires' consumption and aerodynamic damages that will impact bike's aesthetics and performance, plus the version 2.0 of A.N.N.A., the neural AI that controls other pilots.

MotoGP 20 is still coming on time for PS4, Nintendo Switch, Xbox One, PC and Google Stadia. 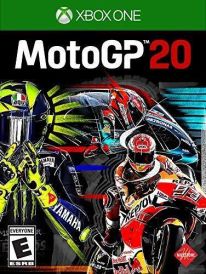