Despite having once looked like vapourware Sleeping dogs is an enjoyable and well-rounded action-adventure sandbox game. It occasionally missteps and lacks the flair of some other sandbox titles but rises from the ashes as an entertaining game well worth a spin.

For the most part Sleeping Dogs is a lot of fun. Without doing anything particularly innovative United Front Games have delivered good gameplay and an engaging story. Combat is gruesomely visceral and driving has an exhilarating arcade-like feel.

United Front Games have created an excellent game world. It's not an accurate recreation of Hong Kong but that is easy to forgive. The game boasts an impressive map made up of city centres, highway and enticing mountain roads.

Sleeping Dogs plays like a lot like any other sandbox rpg. Players run, jump, swim, drive and sail their way around the map. It's slightly different in its focus on hand to hand combat.

Firearms aren't completely absent from the game, but it's the punching and kicking that really separate this game from the crowd.
The likes of Grand Theft Auto or Saints Row equip you with a healthy arsenal of weapons to combat your foe. In Sleeping Dogs your fists are main weapons.

The fighting mechanic is timing based and can be tricky at first but after a little practice you soon fall into the rhythm of combat and become near untouchable.

It's difficult to be hard on the combat mechanics in Sleeping Dogs. The Arkham games use a similar mechanic. However Arkham worked well because it escalated in difficulty. The challenge never really ramps up in Sleeping Dogs and quickly becomes repetitive. It's a shame because the fighting looks and feels just how you want it to.

Gunplay is fairly standard. It's the over the shoulder cover and shoot system we're all familiar with.

A nice touch though is Wei's ability to send the world around him into momentary slow motion by aiming whilst vaulting an object. There is a lot of fun to be had with this mechanic but it can be exploited by simply jumping back and forth over the same object and popping bullets into the heads of any enemies nearby.

The story is strong but far from perfect.

Characters constantly drop in and out and some story threads feel incomplete. It may be an indicator of the games troubled production that early in the game you get the opportunity to take dates out only for these characters mysteriously disappear from the game altogether.

Maybe Wei has a reason to forget all about the dating scene. As the story progresses Wei finds himself drawn deeper into criminal networks, required to act outside the law and risk his life more frequently. Wei starts questioning who the real bad guys are and it all ends in a suitably over the top finale that successfully concludes the story.

Unfortunately as the game concludes so does much of the interest.

When you finish the main game there are a few things left to do. You can take to a vehicle and compete in street races, do favours for strangers or bet on cock-fights. But why would you want to?

The races are disappointing. Too linear and too short to be challenging. They're less about how well you drive and more about whether or not you own the best car yet.

Doing favours can increase your ‘face' which unlocks new clothes to wear but it's unlikely that you will ever be too concerned about Wei's appearance to keep repeating the same unsubstantial challenges.

Supporting characters are suitably colourful. Characters such as Wei's best friend Jackie add much needed personality and provide an outlet for Wei's morality. Enemies such as Dog Eyes prove worthy of your hate and behave and act in such a way that makes the mission to bring them to their knees all the more enjoyable.

Unfortunately despite their flavour the supporting cast leave little impact. Every character is one-dimensional and as the lines between friend and foe begin to blur it becomes a monumental task to know who you should be fighting for and why you should care.

Too often the player is left swinging fists and kicks in a certain direction because the game tells them to rather than because that is what the player wants to do.

Graphically the game doesn't push any boundaries. Its art style is pleasing enough though not at all innovative and blends the line between realism and cartoony a bit too closely to be coherently interpreted as either. Everything looks as it should but nothing is special.

Sound is patchy throughout the game. There's a multitude of radio stations to tune into every time you jump in a car, some even based on real life stations. Unfortunately this level of detail wasn't carried into other parts of the game.

Enter a club and the only thing to indicate you are no longer outside is the walls. Shops suffer similarly, failing to evoke a sense of difference that the work of a few musicians and Foley artists would have undoubtedly been able to create. Even the sounds of the most powerful vehicles don't roar through the speakers and npc dialogue is delivered lifelessly.

There are limited customisation options. You can buy Wei new clothes or items for his flat but these make no difference to gameplay. Even the cars are disappointing. There's simply not enough variety. Even the cars you buy don't give you any real advantage accept in races.

Despite its faults it is difficult not to have fun with this game. True, other similar titles have done it better. True, the game is not as epic as a 4 year development cycle warrants but there is much to enjoy.

The first time you use an environment attack will make you feel monumentally powerful. Beating a thug with a fish is amusingly awesome. Wei's divided loyalty and questionable motives provide plenty of intrigue.

It's not perfect but it is good. If you're a fan of this type of game you will enjoy it. If you're not, you'll still find moments that capture you.

Pick this up if you're looking for entertainment but don't expect any fireworks. 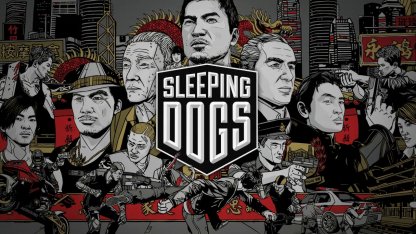 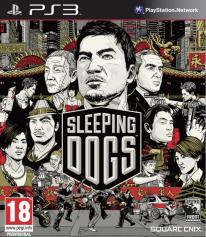 Read more about Sleeping Dogs in the game archive »