Kingdoms of Amalur certainly has an impressive pedigree. The talents of Oblivion lead designer Ken Rolston, bestselling author R.A. Salvatore and Spawn creator Todd McFarlane have married together to father this ambitious RPG. The talents involved suggest awesome game design, innovative mechanics and a stellar storyline but unfortunately despite Amalur not really failing in any of these aspects the game is far from perfect.

Amalur plays as sort of hybrid of various well known games. Combat and design are reminiscent of the Fable series, game mechanics such as stealth, lock picking and pickpocketing demand comparisons to the Elder Scrolls games. The story, for all its high points, can ultimately be summed up as another ‘unique character vs. the world' along the lines of Dragon Age or Skyrim.

The game opens with your custom designed character dead and their body being dumped in a pit. Fortunately for players who have just devoted a significant amount of time in creating their character this death turns out to be only temporary as the place you are dumped, predictably called ‘The Well of Souls', feeds your corpse all it needs for a timely return to the land of the living. The well is quickly destroyed and with it all its secrets, your saviour and reanimator rapidly exits the story and you find yourself alone in a huge world where being the first person to have ever been resurrected means the rules of fate don't apply to you, something that makes you admired and feared in equal measures.

To its credit Amalur has everything any RPG player wants in abundance. Character customization is deep and incorporates traits as well as appearance, quests are plentiful and lengthy, experience earned is traded for new and powerful abilities. Overall there's probably more than 80hours of questing available, unfortunately after just a few hours it becomes apparent that the quests aren't very varied and after you've finished one lengthy fetch quest being sent on another is just a drag. The factions should give a certain variety however more often than not they are just the same thing in different packaging, take the thief faction for instance, I completed it without ever sneaking or levelling up a single stealth attribute. After finding them quests are accessed easily enough through the quest log which will kindly paint a new blob on your mini map to chase although this does detract from the impressive game design as the player is constantly drawn to the mini-map and not the landscapes.

The design of Amalur is a point in its favour. Wherever you look the lively and varied scenery catches the eye, a welcome change from the browns and greys that plague many games. The world is made of forests, plains, deserts and swampland and each area has a very distinct feel. The interior settings are packed with intricate arches, stunning stone work and vibrant stained-glass windows which can be breath-taking. It's just a shame the in-game camera doesn't help you notice any of this. Its awkward to control at the best of times, the best I can describe it is that they got the x and y axis confused and somehow created w, this is off putting enough to make you use it as little as possible, couple that with the default cameras propensity to focus downward at the floor and suddenly a lot of the game world disappears. Too often the player feels detached from the environment rather than a part of it which is a shame because a lot of thought and effort clearly went into creating it.

Some circles have praised Amalur's voice acing. I am not among them. While I accept the sheer amount of voiced characters and unique dialogue is impressive it is delivered in a lifeless and wooden way by even some of the most important NPC's that make it easy for the player to skip large sections without really feeling they have missed anything. Not a single character is intriguing enough to warrant caring about despite the rushed endgame that tries to make you give a damn. As a direct result it is difficult to care much about the decisions you make after all most of the world is scared of you, wants to use you or wants to kill you, why care about any of them?

The games saving grace is its combat, comparisons to Fable are just but not entirely fair. Like Fable combat consists of three buttons, one for primary attacks, one for secondary and one for magic where it differs is in the impressive amount of customization available to the player for combat situations. Perhaps you will prefer a bow and daggers combination, or how about chakrams and magic sceptres? From great swords to staffs almost all fantasy weaponry is available and thanks to the ease at which you can change your ‘fate' it is easy to experiment with all the possible combinations to find one that suits you. Personally I favoured chakrams for their awe-inspiring animations and responsive nature. Each weapon has its own part in the skill tree and each new ability unlocked grants a new way to enjoy slaying the many foes you fight. It's simple, its deep and its very satisfying.

Overall, I did enjoy Amalur; it was a fun distraction with some good, if not fully fleshed out ideas. Despite being fun to play, largely thanks to the combat system, there is very little that is truly great or unique. I was never as drawn in as I felt the game expected me to be and after putting it down wasn't particularly interested enough to come back to it. RPG fans should definitely give it a go but for gamers looking to be blown away I recommend looking elsewhere. 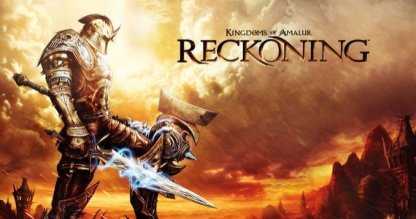 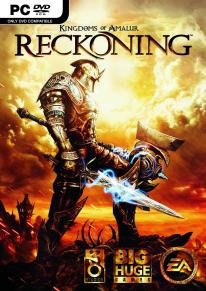 Read more about Kingdoms of Amalur: Reckoning in the game archive »