Dark Souls is not like most games. And it will probably never come to be, compared to other games that are actually Dark Souls is only one among very few where everything actually makes sense. The game would come to punish you for all you do, and that is that if, for example, takes the life of a person (NPC) early in the game he will never come back and it can create serious problems for you until you have got rid you with the final boss and get to make it absolutely clear here you will die! many times.

The game beginnig with a 5-minute prologue which tells of the time that was when everything started. It's about a world that was unformed and surrounded by fog. On top of it all was the dragons who decided, but then came the undead from the darkness and did happen arm from the old masters. (lords) Then came the first among the undead Nito followed by witch izalith and her daughters, and finally Gwyn lord of sunlight and the Pygmy so simply forgotten. So began the fight against the dragons who then created the country Lordran, and far up north, they were immortal held to await the end of the world.

Dark Souls its background story is very bleak, but it is what makes Dark Souls unique from all other games. You play the role of "The Committee" and it is your job and make sense of everything that has gone wrong. The game is set up with Vitality, Attunement, Endurance, Strength, Dexterity, Resistance, Intelligence and integrity, in addition to boilers and together they help to build up the character you create. This is very different from person to person when it comes to upgrading and what it is going, but I think at least everything works perfectly . (Other one that is terribly expensive)

Here the game no mercy because you're even going to have to decide what you need more to less. Generally, you will find out pretty quickly, but the game does not come with any information which is wise to do. (compared to other similar games) Dark Souls is not the kind type. Both bosses and selection is very challenging in this game, I have even been close to "tear myself in the hair" of the enemies, and here we are talking not just about a few hour stop in the game, but you can actually sit risikiere for several weeks without having a clue as to what to do. But in return, the game can give you great rewards to creative paths.

Graphics are really a topic that is been mentioning here is that not a single pixel present. Along the way you'll encounter on a clean and impeccable graphics. It may not be realistic, but it's really just fine for Dark Souls will not be realistic, and therefore it is good that it appears in new ways. With 60 FPS is not exactly something to complain about.

In my case, I was very unlucky because of the platform I chose to play: namely, PC, and then I think most of the controls. It is simply a nightmare to play on PC, there's nothing like voices or feels right so I felt compelled to get me an Xbox control. Which means that I have to pay a considerable huge amount to play the game. In return, I feel very happy with The setup on the xbox controller (save and except that there are too few buttons to do everything properly. Hence, it is not easy to fight the bigger and far more challenging enemies.)

Which also may be worthwhile to mention is that Online gaming is almost hopeless. And much of it can be justified that the co-op takes too long to start because of poor communication between server and players who want to play with or against each other. This problem is easiest to encounter when transporting other players to your world. Pvp is thankfully better.

Another reason that is worthwhile mentioning is that some players may be arrogant, and make sure you are blocked from online in a little time because you use gestures or weapons that might be better than the others. In addition, any player may say hvorden he saw you, and this is available for all players. Something that can risk that fewer people will play with you.

+ The game has good graphics, usually good to control the xbox control, good and appropriate music especially with bosses, good and straightforward camera, a good foundation for the story that each player can participate to determine much, much skill and creative bosses .

The game keeps its age. 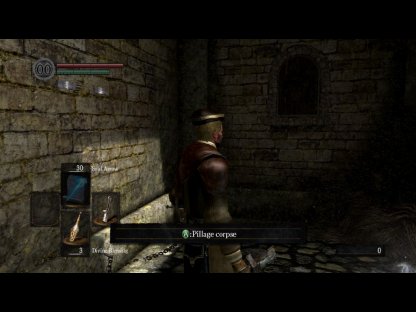 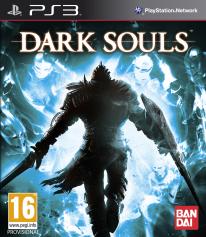 Read more about Dark Souls in the game archive »