Dave Anthony, who was the game director for Call of Duty: Black Ops and Black Ops 2, has offered his thoughts on the best way of introducing unpopular military measures on the US public to a think-tank forum (called Atlantic Council) in Washington this week.

As stated in a report on Business Week, Anthony explored a variety of controversial solutions regarding the implementation of security measures in America, most notably how best to present said solutions to an unwilling public.

Referring to his time working on the Call of Duty franchise, Anthony offered this question and answer: "When we have a new product that has elements that we're not sure how people will respond to, what do we do as a corporation? We market it, and we market it as much as we can - so that whether people like it or not, we do all the things we can to essentially brainwash people into liking it before it actually comes out."

Another controversial point made during his talk (which you can see here) was regarding the threat of attacks from within American borders, and counter-measures that include stationing undercover soldiers in schools.

"Imagine the concept of something like a ‘school marshal,'" he said. "Now these guys are US soldiers who are in plainclothes, whose job and part of their responsibility is to protect schools. The public won't like it, they'll think it's a police state. All of these are solvable problems."

"I look at the US military and government, ironically, as having some of the very same problems as what the Call of Duty franchise has. We are both on top of our game. We are both the best in the world at what we do. We both have enemies who are trying to take us down at any possible opportunity. But the difference is, we know how to react to that."

Thank you for your time. We will take care of this matter as soon as posible
Well isn't that nice 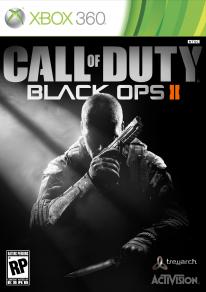