Developer House House revealed some cool news via Twitter earlier when it was announced that the team is going to deliver a new two-player mode for its extremely lovely indie game, Untitled Goose Game.

The new co-op mode will be available on September 23 and it's going to bring more hectic yet entertaining gameplay to the party. The best thing is the fact that the update will be free. The features include:

• Local multiplayer, coming to all platforms
• Play through the whole game with a friend
• One of you plays as one goose, the other one plays as the other goose
• You can carry each other around in a box

This all sounds really fun to us, and that's not all. The dev also announced that Untitled Goose Game will land on Steam and itch.io for the first time. It was first released on Switch, PC and Mac (via the Epic Games Store) back in September 20, 2019, then later it also landed on PS4 and Xbox One on December 17.

You can read our review here if you want to know more about last year's indie darling. 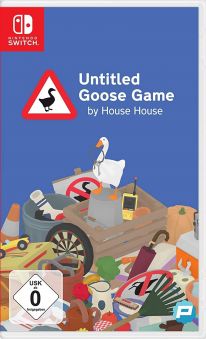