Untitled Goose Game is a wonderful little game that can be enjoyed by the whole family, as we told you in our review last year. To date, the digital version of the game, originally released in September 2019, has sold over one million copies. Now it's heading to a store near you.

In fact, the first physical editions of Untitled Goose Game on PlayStation 4 are now available in retailers all around the world, while the Nintendo Switch version will be available on October 6. UGG's standard boxed edition includes:

Last week the game was updated with a co-op mode added to all versions of the game, allowing for two-player duck-based shenanigans. 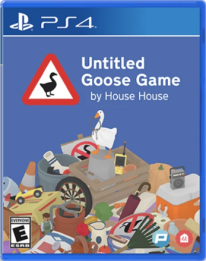