It's safe to say that Toby Fox's Undertale is one of the most acclaimed indie titles of recent years, and now we know that the game's music will be part of an Undertale Live tour, although it's not quite your traditional concert.

This show features "Fifth House Ensemble's acoustic dectet, drum set, and electronics by music director Eric Roth, Undertale LIVE is more than just a concert; it's a meeting place where fans join the quest by voting on each show's unique storyline."

More shows are going to be announced soon, but for details on the tour head this way, as it'll have its world premiere at Chicago's Studebaker Theater.

Fifth House artistic director Dan Visconti told Kotaku that audience decisions will come at key moments like fighting characters, and there are three endings to achieve as well.

"'Oh man,' you might be thinking; 'We're never gonna hear Megalovania!'" he said. "Let's just say that Undertale Live (while faithfully following the events and choices in the game) is nevertheless a new experience, and it may be possible to jump timelines, get a better ending, unlock secret encores... who knows?"

"No two performances of Undertale Live will ever go down quite the same way," he added.

"The whole thing is realised in simple 16-bit graphics, but it still manages to convey more depth than many lavish blockbusters."

You can see the music from Toby Fox's game live, and have a say in "each show's unique storyline".

Could there be a sequel in the works? 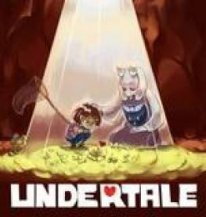