To say that Japan has a complicated relationship with the depiction of sex and violence is something of an understatement. Games like Rapelay where you actually play as a sexual predator have been released. And if that's an extreme even by Japanese standards, there are other games and cartoons that feature this sort of content.

Now the UN committee CEDAW (United Nations Committee on the Elimination of Discrimination against Women) have come out against this behaviour, and they want to see action taken by the Japanese government:

"The Committee also recommends that, as indicated in the delegation's oral assurance during the constructive dialogue, the State party include this issue in its revision of the Act Banning Child Prostitution and Child Pornography."

Some measures have already been taken in Japan, but clearly the CEDAW feels more can be done. A press conference on the subject is scheduled for March 7.

Of course, it's unlikely that this will affect something like Dead or Alive: Extreme 3, that appears within the bounds of what's normal in Japan, but still won't be released elsewhere presumably for fear of fan backlash and potential legal issues (as it could possibly fall under child pornography laws in certain countries).

There are claims the media has demonised certain "content types."

Dead or Alive Xtreme 3 is getting a PSVR DLC

"You'll be able to clearly see the girl's expression."

Available on PS Vita and PS4 with an Asian PSN account.

Rape and sexual violence against women and girls in games needs to stop.

They aren't fighters, and this isn't beach volleyball. 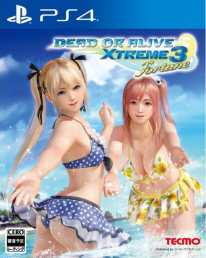