With Mass Effect: Legendary Edition recently hitting store shelves, Resident Evil Village has lost its spot at the top of the UK boxed retail charts. This remastered collection of the original trilogy only managed to sell half of what Village was able to achieve last week, but it was still enough to claim the top spot as sales for the most recent Resident Evil outing were down by 59%.

Elsewhere in the chart, Subnautica: Below Zero debuted in fifth place with 46% of its sales coming from the PS4 (36% came from Xbox One and 17% on PS5). A separate release that compiles together the original and Below Zero was also released on the Nintendo Switch, and this was narrowly able to crack the top 40 at 38th place.

Achievement/Trophy hunters, wireless headset users and those with a very keen eye rejoice. 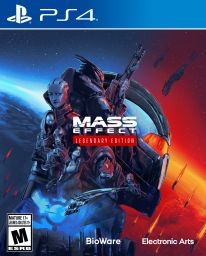