As there was an absence of any major new releases, the UK boxed retail charts have remained pretty much unchanged from the previous week. F1 2021 has managed to hold the top spot after claiming it last week and Skyward Sword HD still remains closely behind in second.

The only newcomer this week is NEO: The World Ends With You, which has narrowly cracked the top ten and has debuted in tenth place. Alongside this, Olympic Games Tokyo 2020: The Official Video Game is this week's biggest climber, as it jumped up five places to receive eighth place. FIFA 21 was the title that dropped the most places within the top ten this week with it falling from fourth to ninth place.

The first round of the competition is set to commence on October 13.

Content updates for October and November have also been outlined.

But ray tracing has been recently re-enabled on the console.

Sales for the Switch exclusive title were down by 74%.

It was causing instability, so Codemasters has cut it out for the time being. 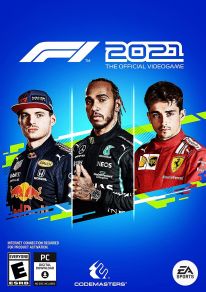