It seems that Netherrealm might have a lawsuit on their hands as a UFC fighter is claiming they used her likeness in the game without permission.

Fox Sports reports that Felice Herrig is considering legal actions, and that her lawyers are already on the case, looking into what sort of action might be taken against the game's creators.

Herrig posted pictures on Instagram, which show her besides Mortal Kombat X's Cassie Cage. The poses are strikingly similar, with Herrig claiming that they clearly used her photoshoot pictures as the basis for the character. She even goes so far as to say the finishing moves were also inspired by her own technique.

"Not only just the likeness but when you see her finishing move which is blowing the bubble gum and putting it on the guy's face and then her other finishing move is taking a selfie," Herrig explains. "I definitely believe they used my likeness. I think that Cassie Cage is 100-percent me."

Everything might have been okay on her part, that is if Netherrealms had asked her if, as she alleges, they used her likeness in the game. As it is now, she's just disappointed: "It's hard to get excited because yeah it's an honor and it's exciting, but they're making a lot of money off that video game." 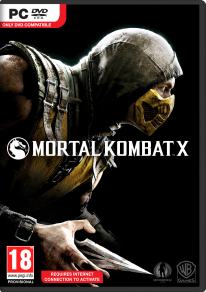