THQ have officially announced UFC 2010 Undisputed for PSP, previously the successful franchise has been exclusive to HD consoles Playstation 3 and Xbox 360. The game will feature character customisation and a "robust career progression".

"UFC Undisputed 2010 raised the bar for sports games earlier this year with an impressive feature set and unbeatable gameplay experience on high-definition console gaming platforms," said Danny Bilson, Executive Vice President, Core Games, THQ. "We believe this franchise has the ability to flourish in a handheld format and look forward to delivering the game this fall for the PSP system."

"The UFC Undisputed franchise has made an incredible impression on videogame and fight fans around the world over the past two years," said Dana White, President, UFC. "UFC Undisputed 2010 for the PSP system will, without question, be a must-purchase for anyone who wants to experience the action, authenticity and intensity of the UFC inside the virtual Octagon in a format they can take with them anywhere." 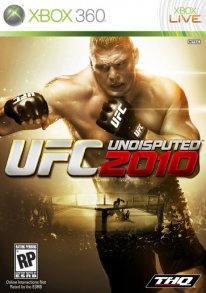