The game is scheduled for an April 24 release and will feature all 53 UEFA member national teams, all of the stadiums in the tournament and all of the pageantry that comes with such a popular sporting event. There's also a new Expedition Mode, designed exclusively for this expansion, which enables players to create and manage a customised team against other European countries.

Producer Sebastian Enrique said: "This game will tap into the passion fans have for their national teams by capturing all of the national rivalries in-game, and re-creating all the emotion of the UEFA EURO 2012 tournament."

"We are utilizing the best-playing FIFA videogame ever, driving live, digital content created from the biggest headlines from the tournament into the game, and offering an exclusive new mode that will challenge gamers in unique and compelling ways." 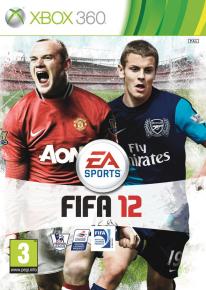