Ubisoft wants "players to have ideas" in Watch Dogs 2

So we already knew ahead of E3 that Watch Dogs 2 had been announced, but there was still a lot of details we were missing. Thankfully Jonathan Morin, Game Director at Ubisoft, was happy to fill in a few of the blanks.

In our E3 interview he told us a bit about the choice of location for the game, which is set in the San Francisco Bay area and the development team liked the whole California vibe because it was all about "everything is possible" and about "thinking outside the box" - which reflects the protagonist of the game, Marcus Holloway, and his beliefs. He is younger than our former protagonist Aiden Pierce and he is a bit of a dreamer - seeing solutions where others see obstacles. Morin told us a bit more about Mr. Holloway:

"So we wanted to go for that game where you're Marcus Holloway - a guy who has all those qualities but at the same time was pushed outside San Francisco with gentrification. Wrongfully profiled by the ctOS and therefore understanding the flaws behind the system. And now he joined Dedsec to work with them and reestablish that balance, bringing back a little bit of freedom from the establishment of ctOS 2.0."

During the interview Morin also confirmed that there isn't a main story-line per se. There will be a story with narrative and arcs, but there won't just be one way to play it out. Morin explained:

"There are still operations that are a bit more grand and pushed, and then others that are a bit simpler. The way we separate them is simply in the way you found them in the world. The main one happens through followers, like getting into Dedsec, and then sharing their thoughts and their problems, and saying we should get into that. And the others are in the world, kind of hidden."

"You will find little tips or intel showing that something is wrong about gentrification in San Francisco," he continues, "or that a bunch of hackers are having a hard time finding jobs or other small stories like that. That gives us the opportunity to have players see reality in the Bay area itself while still tackling the technology. It's not like we're painting main and side stuff. We're just putting content in the world. And the player will discover them and then progressively understand patterns and make the choices they want to progress."

So it seems they will have a pretty open structure in the way you progress through stories and operations, and they took the same approach with mechanics. Morin told us that "we want players to have ideas", giving us more options when it comes to interacting with the world. There will be more different ways to tackle the missions and the mechanics should let the players think creatively and test their ideas.

It will be interesting to see how everything looks and feels when the game is released on November 15 for PC, PS4, and Xbox One. In the meantime you should check out the full interview below, and head this way to read our impressions of the game. 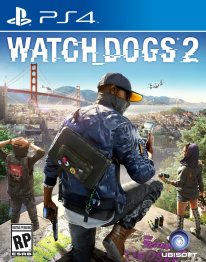