Gamescom is the world's largest gaming event with 350,000 visitors in 2017, this year looks to be no less crowded with tickets for Friday and Saturday already sold out. Ubisoft is likely one of the main attractions this year as they'll bring no less than 10 hands-on demos across 360 pods to the show at their booth including demos of upcoming titles like Assassin's Creed Odyssey, The Division 2, Anno 1800, Trials Rising, Skull & Bones, and Starlink: Battle for Atlas. There will also be VR experiences in the shape of Transference and Space Junkies.

In addition to the Ubisoft booth (Hall 6.1, B020), there will also be a UbiCollectibles shop in Hall 5.2 where highlights include new figurines from Assassin's Creed Odyssey. 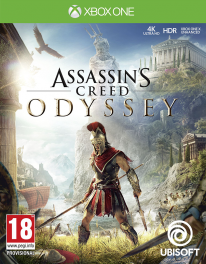