LIVE
HQ
| WarioWare: Get It Together
See in

Ubisoft and Gearbox have announced that Homeworld Remastered Collection will also be released as a boxed retail version. It will, however, only be available from the High Street retailer, GAME. The release date is down as May 8, although the price was not confirmed. The boxed retail version has a few bonuses, things not available in the digital version. These are remastered soundtracks from both games, and a digital art book.

"This is best remaster we've ever seen. This is the standard that everyone should try for when resurrecting old classics."

Comes with a few bonuses exclusive to physical edition. 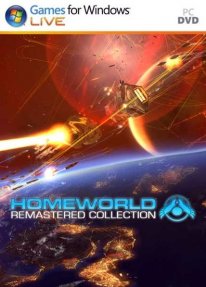