Running a hospital is hard work and every cog has to be well-oiled and sit in the right place for operations to go smoothly. If you're a beginner to the series wanting to hop on the fun train once the game releases on console on February 25, Two Point Studios has released a video where the team shares its top five tips to succeed in the charming hospital simulation game.

Check the video out below. Two Point Hospital will release on PlayStation 4, Switch and Xbox One next week on February 25. 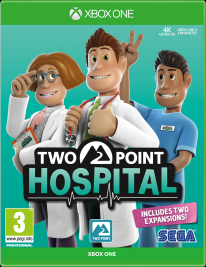