Players can check out the game for no expense until August 3.

The team needs more time to program the game correctly, and we can expect it in the first half of 2020.

This brings aliens and other new features into the game, before it lands on consoles later in the year.

Two Point Hospital is coming to console later this year

The spiritual successor to Theme Hospital, Two Point Hospital, is headed to console later this year.

After Two Point Hospital released last year, the studio is now moving into the Sega family to work on several unannounced projects.

Is immortality coming to Two Point Hospital later this month?

The Pebberley Island DLC brings the search for eternal life to the hospital administrators of Two Point County.

It's all a "delicate balancing act" in Two Point Hospital

We caught up with Two Point Studios at Gamescom. 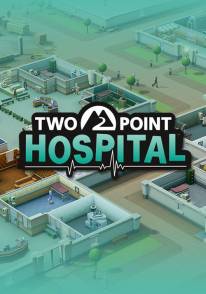