Two Point Studios and Sega have revealed an alien infestation coming to Two Point Hospital, as the Close Encounters DLC has just been revealed, scheduled for arrival on August 29 to bring some extraterrestrial content to the hospital management game.

Three new hospitals are included in the DLC, all of which are rather unusual, as well as 34 new illnesses - including 11 visuals ones - three new cure rooms, challenges, new features, and aliens. You can get a taste of this in the trailer below as well, if you're curious as to just how weird it can get.

There are also new screenshots to peruse below too, and if you're a console player then remember that Two Point Hospital is coming to console later this year, so you can try managing a hospital yourself.

Does this DLC look like a load of fun? 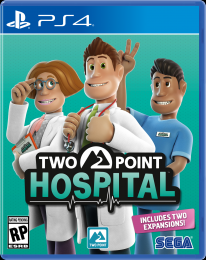