Project CARS 2 released last Friday on PC, PS4 and Xbox One, but a couple of days earlier we showed you how the game looked and played on the latter platform, and also demonstrated how to set up your racing gear.

Now you can replay the whole two-hours Gamereactor Live special below, where we spend the first 10 minutes configuring both software parameters and hardware settings (with a Fanatec ClubSport Wheelbase V2.5 + V3 Pedals Inverted), and then race around on both Career mode and Custom Races.

What is your favorite car & track combination on the game so far? Do you drive on a racing wheel? Leave a comment below. 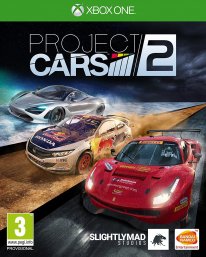