Brian Taylor, one half of the directing duo behind the Crank films and the upcoming Ghost Rider: Spirit of Vengeance flick, has signed on with Sony to write an direct a movie adaptation of the company's Twisted Metal franchise.

While the news (by way of Empire) of yet another game to movie transfer may have some rightly groaning, there's two points to consider.

One: Taylor, alongside directing partner Mark Neveldine, excel at OTT set-pieces with video game sensibilities. Check out this fight scene from Crank 2 as proof. If anyone's going to attempt constructing an enjoyable flick from a Death Race-style game series, it'll be him.

(And as an odd six degrees of separation, Taylor worked on Crank with Jason Statham, who starred in the remake of Death Race, which was directed by Paul WS Anderson - director of the Resident Evil movies.)

Second point: for those wondering how to draw ninety minutes of plot together from a car combat game, remember it was never much of a problem for the writers of Battleship. 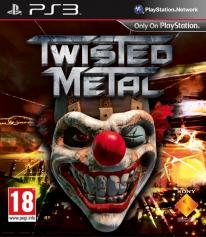