Fresh from the announcement of Lego Batman 3: Beyond Gotham, we caught up with Stephen Sharples, who had plenty to tell us about the new features coming in the third instalment of the Batman series.

Besides covering the fact that Batman can now fly in Beyond Gotham, and the new VR missions, Sharples explained to us how the new suit wheels will make the Lego Batman 3 a more dynamic experience.

"So in Lego Batman 3 we've decided to move on from what we call suit signals that we used in Lego Batman 1 and 2. These suit signals were the pads that you could stand on and change between specific different suits. And we felt that it was time to move away from that quite restrictive feeling of gameplay, and it was always the driving point and you always felt a little bit limited in what Batman and Robin could do, when you think about it."

"So moving on from that," he continued, "we wanted to series to evolve into something really dynamic, really very bat-tastic if you will. So we came up with the idea of these sort of suit wheels. So whereas previously, in Lego Batman 2 for instance, Batman would go and change into a specific suit and then he would go and do the puzzle. Now, once you've unlocked one of Batman's suits - or any of them - you can then change to them at any point in time, in any part of the game, so it gives you a real freedom, a lot more freedom to explore different parts of the game, and just get a really cool dynamic feel for gameplay."

Announced last week, you can read our preview of the latest Lego title from TT Games by heading this way. 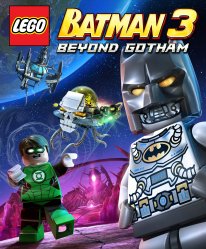