We've been able to be the dictator of our dreams in Tropico 6 on PC since March, but if you've had your PS4 or Xbox One controller in hand ready to call the shots, you need only wait until September 27 to do so, as revealed by Kalypso Media and Limbic Entertainment.

The Xbox One version, however, is available right now via the Game Preview program, receiving a big update that introduces many bug fixes and a random map generator, although if you want the full patch notes you can head over to the Kalypso forum.

Those at Gamescom can try the game out on either console, and you can watch a brand new trailer down below to get you ready for the console strategy game on consoles, something we talked to Limbic Entertainment's lead level designer Mark Mussler at E3, who told us "one island wasn't enough" for El Presidente in this game.

Will you play on either PS4 or Xbox One? 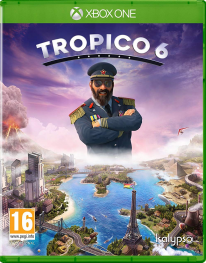