Viva el Presidente! Tropico 5 on PS4 get another DLC bundle, which ties in three different expansions. It's called Paradise Lost and it contains Surfs Up!, Gone Green and Supervillain. All of the expansions feature a new scenario, island, building, music track and dynasty avatar accessory. You can see the full listing of the bundle's contents below.

Paradise Lost DLC bundle can now be downloaded from PS Store and it costs £6.49.

El Presidente returns to rule his loyal subjects, but there is plenty of new stuff to take in with the latest entry in the Tropico franchise.

Tropico and more included in the new GOG sale

There's even an opportunity to get three free games.

Featuring all the DLC to date.

Tropico 5: Complete Collection is on its way

The base game and all DLC in one package.

Tropico 5 gets another DLC bundle on PS4

Does The Maltese Toucan pique your interest? 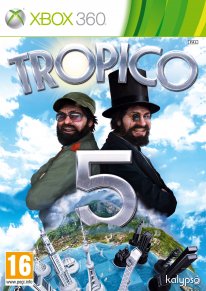