There's a gap between the old 80s movie Tron and its modern rebirth in the cinemas this year. A rather big gap. Disney hope to fill that hole with Tron: Evolution, while entertaining us with cyber-Frisbees and cool light cycles. And you know what? They've actually managed quite well.

You play as the computer program Anon, short for anonymous. Anon is not a DVD-box on legs, if that's what you thought; he's shaped like a human in a tight catsuit and a nice gleaming helmet. In a world of neon and sterile, yet stylish, environment he has to use his abilities to stop a virus from running amok and sort out various conspiracies. The story then becomes the bridge between the old movie and the new one and we find out more about how Kevin Flynn got stuck in the Tron-world and how that world has changed over the years.

The gameplay feels similar to both Prince of Persia and Assassin's Creed, since Anon gets to parkour-jump his way through the Tron-world. You'll defy gravity, if there even is such a thing, by running along walls and taking giant leaps with the help of special platforms that give an extra boost. In some walls you'll find plates that fill up your energy meter and on others you'll stumble upon yellow virus zones that hurt you if you get too close.

You'll often find yourself under attack from evil programs that try to beat you up with their virtual fists. To you defence you have various hand-to-hand attacks and you can also send your faithful light disc at the hordes of enemies. They are usually pretty weak, but there's a lot of them, giving you ample time to rack up hit combos and cramp up you right thumb in the process. You'll also receive experience points which you then can use to improve your character - Tron: Evolution really starts to take off once Anon has become a bit stronger.

No Tron is complete without light cycles and in Tron: Evolution you'll get to ride these characteristic disco bikes. The controls are pretty sensitive, so it took a while to get used to them, but once I had that down I really started to enjoy these parts of the game - dodging past debris, smashing into opponents and doing the classic 90-degree turns to create deadly barriers behind me.

You can also jump online and play against others (both other humans and bots) to get some extra experience points you can then use in the singleplayer campaign. The whole thing works seamlessly and is really smooth, and besides riding light cycles there are more typical arena fights and modes where you have to defend certain areas.

The graphics are okay, and if you are able to play in stereoscopic 3D there's always that option. The characters are generally well animated, but perhaps a bit too sterile - besides that which comes naturally from the game's cyber world. I should give some extra credit for the sound and the music, which of course gain a lot from being taken from the Disney-movie. The camera is a bit of a pain at times and it takes time to get used to the rather flimsy controls when Anon moves around on foot. I can also get restless when I have to deal with yet another group of enemies at times when I feel like the fight should have already been over. Despite these flaws I fought my way to the end and felt relatively satisfied when the end credits started to roll.

Tron: Evolution is far from a masterpiece and it's not a game that's going to transform any genre in any way. It does reach up to a weak 7/10, and I can recommend it to both fans of Tron and people who like easily digested third person action. The smooth online experience is something I think other games should have a look at, and a light cycle is after all always a light cycle.

Gamereactor UK
+
Nice art, good music and sound effects, fun platforming, entertaining fights
-
Annoying camera, feels a bit too sterile at times
is our network score. What's yours? The network score is the average of every country's score

REVIEW. Written by Jonas Elfving (Gamereactor Sweden) on the 3rd of December 2010 at 15

Tron is getting a new life in the cinemas and with that comes a games from developer Propaganda Games. Is it a typical uninspired licensed product or something actually worth your time?

Razer gets your geek on

Sound and music of Tron

This is why cyberspace tanks rock

PREVIEW. Written by Emil Ryttergaard (Gamereactor Denmark) on the 12th of October 2010 at 10

Gamereactor went to London to try out the upcoming Tron: Evolution, which promises to tie movie and game together in new ways.

Tron Evolution in a luxury box 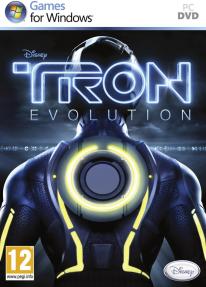