Trackmania is the imminent return of a fan-favourite racing series on PC, and ahead of its release on July 1 we were able to try out a few of the new tracks (more on that here) and then talk to Florent Castelnérac from developer Nadeo.

Castelnérac founded the studio back in 2000, and since then his team has built creatively-inclined racing games, with Ubisoft coming on board as publisher in 2009. The last game to bear the Trackmania name landed on PC and consoles back in 2016 (Trackmania Turbo) and now the series is about to return, this time with a PC-only offering.

"I think it was the right time for the studio to press the restart button and make this Trackmania. Also for the community - because we want to support and to improve." To do that, as well as introduce new features, the studio needed "more solid ground" to build on for the future.

To that end, the new Trackmania builds on the principles of old but with a few new tricks.

"We have a lot of new types of blocks, new types of surface" all inspired by real-world surfaces, with brand new in-game items that players can use to realise their creations. On top of that, there are gates that affect your vehicle directly, cutting the engines or speeding you up, for example. The increased range of options, including the 'fragile block' that was detailed by Castelnérac but that didn't appear in the preview demo, should give players more chances to be creative than ever before.

We took a quick look at the level editor in the preview build and it seemed very intuitive, and therein we also noted the potential for players to create tracks that were more akin to something out of a puzzle-platformer, which we discussed with Castelnérac.

"Maybe in the upcoming seasons, we will release like a puzzle campaign, where you need to find the best cut or the best idea to reach the end." Apparently, according to Castelnérac, "that's something that will probably happen."

Castelnerac also discusses post-launch Trackmania and what players can expect, esports and the impact on Covid-19, and much more. Watch the full interview below. 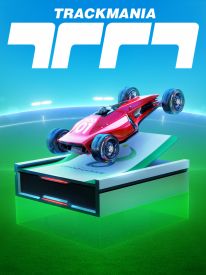