Accelerate Games and Signal Studio have announced that a revamped version of the Xbox Live Arcade classic Toy Soldiers will launch August 2021 on Nintendo Switch, PC, PS4, and Xbox One. Releasing in 2010, Toy Soldiers was one of the best-selling XBLA titles of all time and it was nominated for the 2011 D.I.C.E. simulation game of the year award.

Toy Soldiers HD is said to be the superior version of the original as it features enhanced HD visuals, and an improved camera and sound. It's also said to include all previous DLC content and new never-before seen gameplay, so there's plenty to get stuck into.

Are you looking forward to revisiting this classic?

Believe it or not, but once upon a time there were no video games. People had to play with toys, like tin soldiers, instead. Shock!

Toy Soldiers HD gets a new release date of August 2021

The Xbox Live Arcade classic is getting a new lease of life. 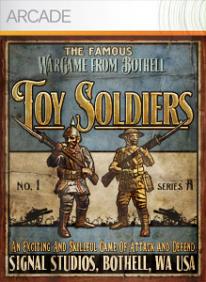