Yakuza producer Toshihiro Nagoshi recently conducted a lengthy interview with Edge (via ResetEra) in which he talked about the series in depth, as well as his other projects, and it turns out he'd like more players on board for the next Yakuza project.

"It will still be quite hardcore at the beginning, but I want the player to think "Oh this game seems really interesting" - that's what I'm aiming for this time. That goes for the technology too, though I don't want to say more as it will spoil the fun. By introducing new and more current systems, I'd like to increase the number of players. And if I do that, I can re-introduce Kiryu-san to some new fans. That would be ideal."

What do you want to see from future Yakuza projects?

"While the main story fails to follow through on its promising start, the side missions more than make up for it."

"If I do that, I can re-introduce Kiryu-san to some new fans."

Is Yakuza 6 coming to PC?

Sega lists the platform in its latest financials.

Spencer hints at JRPGs at E3, interested in Yakuza on Xbox

The Xbox chief had some time to kill with teases.

The Song of Life arrives on April 17.

Yakuza 6: The Song of Life demo is back up

Get an early taste of the Japanese gangster life on PSN now.

Jake sings The Song of Life. 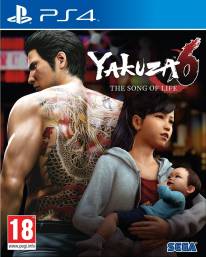