Bayonetta has just made her return via the recently released ports of both games on Switch, predecessors to a third title coming exclusively to Nintendo's increasingly popular platform. Now we don't normally need an excuse to delve into these excellent action titles, but seeing as how we've got a genuine reason to revisit both of them frankly it would be rude to pass up the opportunity. So that's exactly what we're going to do today on GR Live, when from 3pm GMT / 4pm CET Sam will be spending around an hour with each game, demonstrating how they hold up on the hybrid console. Without wanting to spoil too much ahead of the show, we recently published our review of both games here, so check that out if you'd like to know more.

Join us as we check out both games on Nintendo Switch.

Watch some Bayonetta 1+2 exclusive gameplay on the Switch

We take on both games using Nintendo's hybrid system.

Nintendo costumes and other bonuses will be unlocked.

The announcement coincides with the second anniversary of Bayonetta 2. 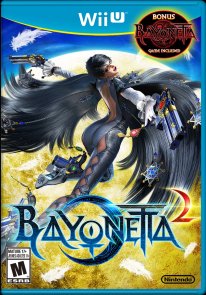