Today on Gamereactor Live we have a special treat for you as we return to Twilight Princess - as we sample a preview build of Twilight Princess HD set to land on Wii U next month. Hosting the show is our Spanish editor-in-chief David Caballero who has a special relationship to Link and the series so it should no doubt be worth a watch even if you've played the game on Gamecube or Wii.

Tune in from 15:00 GMT (16:00 CET) for two hours of The Legend of Zelda: Twilight Princess HD running on Wii U, as always you can catch it on the Gamereactor Live page. 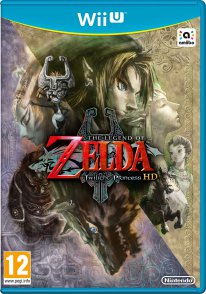