Today marks the release of one surprising, and what many considered to be unlikely, sequel to Knack. The game has garnered slightly more positive reviews compared to its flawed predecessor, which released as a launch game for the PlayStation 4.

Sony Japan has since worked on the formula, tweaked the flow of combat, added puzzle elements and expanded upon the co-op. It all sounds great, but how does this work in action? Well, Gamereactor Live can certainly help you there, as Eirik is strapping himself in for another colourful romp in the company of Knack. 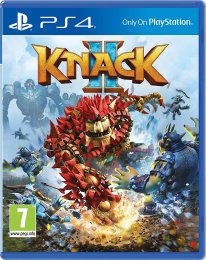