Today on Gamereactor Live we're going to play Assassin's Creed Chronicles: China on PS4. The 2.5D stealth platformer developed by Climax Studios is the latest addition to the sprawling Assassin's Creed franchise and the first in a trilogy that will see further installments set in Russia and India released later this year. The livestream starts at 15:00 BST (16:00 CET) and lasts for two hours over on the Gamereactor Live page. 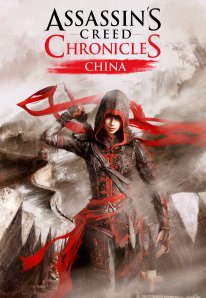