Titanfall was one of the highlights in the Xbox One's early catalogue. It combined elements of infantry and mech combat in quite a unique way. Now the game is ready to hit the Asian markets, but not in the conventional format, as the game will be released there as a free-to-play version for PC.

EA and Respawn are combining forces with Nexon to bring the game to Asia. Nexon is known from it's free online games, such as Dirty Bomb. Gamesindustry reports that Nexon GT is in charge of development, but that the company will work closely with the game's original developer Respawn Entertainment.

In case you want to refresh your memories, the game's review can be found here.

"The new maps in Titanfall are all decent, and if you're still playing the game, you'd do well to pick them up."

"Titanfall's a damn fine multiplayer shooter worth your time and money: that's the bottom line."

A hacker is disrupting multiplayer in the original Titanfall

Someone is using a script to send players back to the desktop, which is impacting all of the small community that remains on PC.

PC version is now available in the Vault.

Titanfall will get a F2P version in Asia

EA teams up with Nexon for online version. 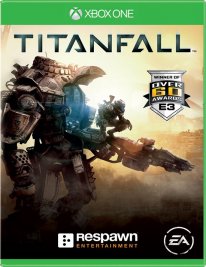